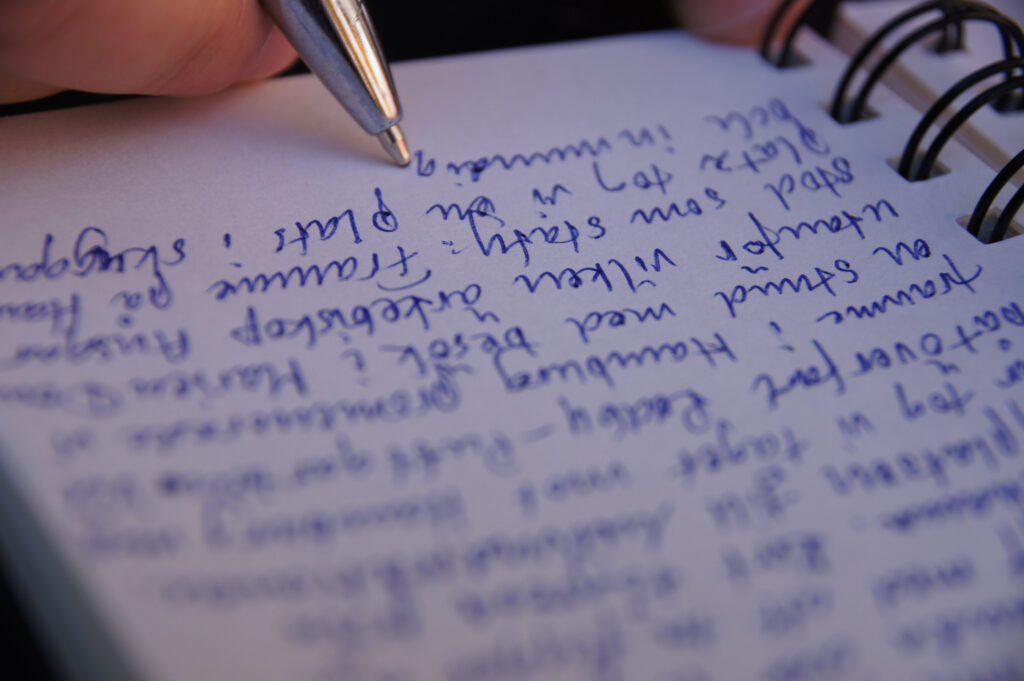 “Writing Process” refers to a method or way of approaching the practice of writing; it’s a series of recursive activities that begins with generative writing and ends with a polished text. I use “writing “ and “text” generally because I use this process for all kinds of writing that I compose, including poetry, memoirs, essays, and academic articles. Often beginning writers or folks who dabble in writing think that composing happens exclusively in the “incubation” mode: carefully thought about words move from the mind to the page perfectly. I rarely meet beginning writers or professional writers who write successfully using the “incubation” mode. Although it’s possible, what I find more common—and the method I use—is writing many messy and incomplete drafts. (And this method allows me to use Anne Lamott’s sage affirmation: crappy first drafts are just fine.)

Most writers have unique writing processes they develop over a period of time, but common elements exist: generating, drafting, shaping, revising, editing. Although it’s tidy to think about these as a series of discrete steps, it’s often messier. What a linear paradigm (prewrite, outline, draft, and proofread) doesn’t account for is discovery—the shifts in thinking that often happen as our minds dive deep into the content of our work. So although these elements seem linear, you can go back and forth among them:

Invention/Generating involves discovering one’s subject and purpose for writing, as well as many of the ideas that will become fleshed out later in the writing process. Invention refers to finding ideas for writing, whether it is by brainstorming lists, freewriting on a blank page, clustering ideas visually, or using a question or prompt.

Drafting occurs when a writer begins shaping ideas into prose or poetry onto the page after we’ve thought about the audience and purpose of this particular piece.

Revision is a process of reflection, of re-seeing and re-thinking texts, ideas, and language. It allows writers to explore the meanings and implications of their own ideas and narratives.

So what does this process look like for me?

One of my most recently published poems, “Art of the Body,” took its initial inspiration from a piece of art and took me over three years to finish. First, I wrote down just a few sentences about the art: “How is it that I see maps, the body, in so many paintings? Here I see cells, bacteria maybe, under a microscope. The islands of white space are pockets of air, bubbles, perhaps.” The next draft I wrote additional ideas on the printed draft, and then I decided to revise it into a form, a ghazal. At that point I brainstormed lists of rhyming words—a requirement of the form. Because I was also writing a series of poems about my son’s epilepsy, I researched neurons and the brain. Then I composed eight couplets (sixteen lines) in the ghazal form. Now I had completed the first “real” draft. And I messed with those lines for another dozen or so drafts. I also received feedback from my writing group. I still wasn’t happy with the poem, so I did a radical revision and went back to the very first question I wrote down about the painting (see above) and wrote an entirely new poem from that point. Yet I also used a few images from the ghazal. The poem is now a “mirror” poem—one that reads from first line to last and then reverses.

You can find this poem in my book Bluewords Greening (Terrapin Books 2016) and read/listen the poem here.

Photo by Fredrick Rubensson, sourced via Flickr under a Creative Commons license.