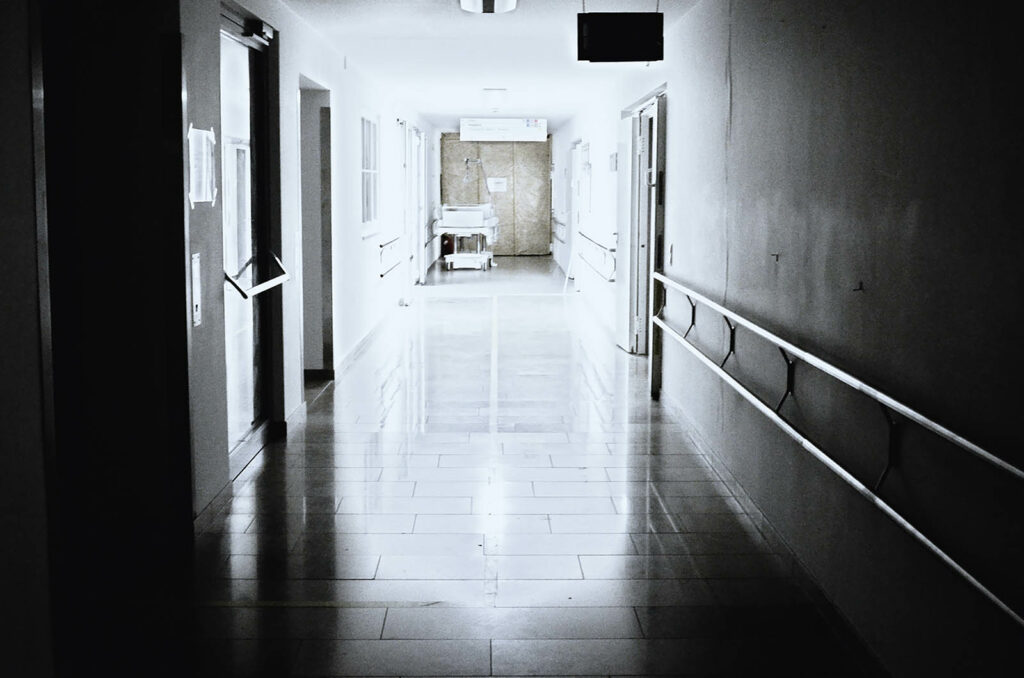 People live their lives (doctors being no exception) as if death does not perhaps wait just around the next corner, like a dread murderer lurking behind a tree on a mountain trail. It seems fictive even to describe it — though I have had very real conversations with such murderers (usually in jail cells). People do not think of the “worst”, until it comes washing in as only it can in medicine. One is having a quiet conversation with neighbors on the front porch when, on the street, a fuel truck explodes. A young athlete notices some unexpected bleeding and finds himself or herself in hospital on a pathway toward death.

Much of the tension in this poetry comes from piercing the veneer of pretense and denial that accompany pathos. Though medicine is not ordinarily treated in poems, being a physician shapes my poetry.

Certain professional events stick in my memory — either through sadness or by “bothering” me in other ways. From the outside, physicians may seem somewhat unflappable, protected by their so-called equanimity. The inside is a different matter.

When taking a reader inside a medical experience, some safeguards are not visible. These concern ethics and confidentiality. We can describe situations but we can’t identify people — a situation akin to that seen in “case reports” in medical journals. Most physician writers honor this by creating composite characters — who are emotionally “real” but fictional. The characters never existed, however real they may seem. The fictionality actually does not affect the heart of the matter: death, disease, tragedy and loss are what they are. Race, sex or age are not especially germane when describing — for example — the radical changes that transpire in someone’s mind just after they have leaped from a great height, as reported later after an improbable survival.

Even with public testimony such as a report for a trial, there is still a sense of the same tension. Courtrooms are formal places and as trials unwind, journalists scribbling madly away, there is again a sense of denial — that surely these words are just a story that never took place, that did not play out on the floor of a bar or along a quiet city street.

Horror inspires disbelief. I wrote a poem about my own experiences with denial. When breaking bad news, no matter how kindly the words the effect is devastating. People crumble before your eyes as if you had hit them with a blunt instrument. We don’t wish to believe the worst may happen — don’t think of it — and this enables us to get on with our lives. Until…

I write in iambic pentameter. This is not because it imitates natural speech patterns (which it does) or is Shakespearean (I’m not the Bard). It’s because I enjoy using it and need some kind of structure. I enjoy reading free verse when it is done well, but nurse a suspicion that some of the time it is a manifestation of scattershot writing rather than artistry.

Although I have published– mostly in regional journals– this has never felt as if it were the reason I write. I write for myself and those close to me. I have “seen” things and want to relate them. These are parts of the human experience that I want to bring to the attention of the reader. Finally, I suppose, this is also to relieve my own sense of pathos. Which it does.

Going to the Moon

While Armstrong’s rocket took off for the moon
I started a dialysis. TV
fluoresced the darkened room in black and white.
Walter Cronkite’s voice was breaking.
To start dialysis, a sedative
is given intravenously. A needle
inside a plastic sleeve is thrust with force
low in the midline abdomen. Some strength
is necessary to pierce deep ligaments.
Once inside, you aspirate for feces
to rule out any puncture of the gut.
The rocket lifted, blazed against black sky.
Except for television all was quiet.
Patients stared at empty walls or slept.

Photo by PFNKIS, used under a Creative Commons license via Flickr.